How Much Can You Earn With Opinionworld?

Thanks for checking out my Opinionworld review.

Opinionworld is an online platform that is designed to pay its members for sharing their opinion via online surveys.

In my review today I will be finding out what you need to know about the Opinionworld platform, including how much you are likely to earn, to help you decide if it’s worth checking out for yourself.

To help me do this I will be uncovering what real users of the site are saying about it, and also weighing up the pros and cons to help you make a more informed decision about whether you should join.

First however let’s find out how Opinionworld works.

How Does Opinionworld Work?

You can join the site once you’re 18 or older, by using your Google or Facebook credentials. You can also sign up with your name, gender, date of birth, zip code and email address.

You’ll need to check your email address after signing up. You’ll receive a verification email from Opinionworld and you’ll need to click the link within it to complete registration.

After doing that, you’ll be able to access surveys.

Opinionworld offers mobile surveys, which you can comfortably complete on the go.

Opinionworld can be used on desktop or mobile

They also have video surveys and online surveys, which can be done on your PC.

Once you’ve successfully completed a survey, the points that you’ve earned will be automatically added to your balance.

However, these cannot be withdrawn until you’ve earned the minimum for the site.

For their video surveys, you’ll be asked to watch a video. The video may be informative or it may be an ad which features a product.

You’ll be asked to provide your feedback on the video and that will help the company that is conducting the research to develop a better product for their clients.

Real world missions are also available to members in some locations. These are done offline, while you are out and about.

You’ll need to enter your mobile number, so that your location can be used to offer missions to you. You’ll usually be asked to give feedback on shops that are in your vicinity.

How Much Can You Earn With Opinionworld?

The main way for you to earn on Opinionworld is by doing surveys.

You’ll earn points for each survey, based on their length. For the shorter surveys available you will earn about $0.50, whereas the longest surveys on the site pay $3.

You’ll be shown the points that are given for each survey that pays in points, not via donations to charity. Once you’ve earned them, you can exchange 100 points for $1, so, for example, a survey that’s worth 200 points will pay $2.

When you’re deciding whether you’ll do a survey, pay careful attention to the payment terms. There are some surveys that do not pay in cash. They will only reward you with a donation to charity.

Surveys that pay in cash or gift cards will state at the beginning that you will be rewarded in points, while surveys for charitable donations ask you to give your opinion and support a charity.

Surveys that reward you with a donation to charity are usually short. You will have surveys of this kind available almost on a daily basis and can use them to give to others. You’ll complete these in about five minutes.

Most surveys on the site will take 10 to 15 minutes. While people in some demographics receive invitations for surveys that pay cash once a month, others may receive them once a week.

You’re more likely to receive survey invitations if you complete the My Profile section on Opinionworld.

Members who have been on the site for a while can earn extra points through loyalty bonuses. Opinionworld gives you these bonuses after you’ve completed a specific number of surveys.

For example, people in some countries will get 10 points as their bonus after they have completed 10 surveys and 100 points after they’ve done 50 surveys.

The bonus varies from country to country.

You’ll also often earn points whenever you respond to a request. For example, if they send you an email asking you to update your profile, you’ll earn points for that.

You can also earn for referring your friends to Opinionworld. To obtain your referral code, log in and click on the orange Refer A Friend button on the right of the page.

You can share your link with up to five people. Whenever a friend signs up by using your referral link and then completes their first survey, you will gain 50 points. You could earn a maximum of 250 points by referring new members.

How Do You Redeem Your Rewards At Opinionworld?

You’ll need 1,000 points in order to make a withdrawal. This is equivalent to $10. When you’ve reached this sum and are ready to redeem your rewards, log in. Click on the Rewards tab at the top of your screen.

There are various reward options at Opinionworld.

You’ll see all the reward options displayed on that page and you can select the one that you want. For example, click on Visa to get a virtual Visa prepaid card almost instantly.

You can be paid in cash, via gift cards or with airline miles. You can also make donations to the American Red Cross. If you don’t want a PayPal transfer but would like cash, you can request a check payment. This will be mailed to you within two weeks.

You can withdraw your earnings to your PayPal account once your balance has reached $1o. Payments that are requested via electronic gift cards or PayPal are processed instantaneously or within hours. If you convert your points to airline miles, that will take two weeks.

You can also redeem your points for an Amazon voucher, movie voucher or restaurant gift card at the store of your choice, when you have at least 1000 points.

This is because the gift cards are in specific denominations, such as $10. If you request a physical gift card, it will be mailed to you within two weeks.

The majority of the users of the site are happy with their experience and report having redeemed their rewards. They enjoy regular surveys and being able to cash out in a variety of ways.

Some users however report difficulties redeeming their rewards. There are a greater number of complaints about account suspension or termination. Opinionworld haven’t responded to these online complaints so it is difficult to say who is in the right and who is in the wrong in individual cases. Members however clearly feel they have done nothing wrong and say they haven’t been able to redeem the rewards they earned.

Yes Opinionworld is a legit survey platform. Despite some complaints from users members of the site are rewarded for sharing their opinion on the Opinionworld platform.

However, just because the site is legit, it doesn’t mean it is the most suitable place for you to take online surveys. There are advantages and disadvantages to Opinionworld, as there are with any site It’s worth weighing these up before making your decision.

Below I have listed what I consider to be the pros and cons of Opinionworld.

What Are The Advantages Of Opinionworld?

Here are some of the benefits of joining Opinionworld.

Depending upon your location, OpinionWorld sends out surveys regularly To ensure the maximum amount of surveys however,  you need to ensure your profile is as up to date as possible.

The minimum pay out threshold is just $10

What Are The Disadvantages Of Opinionworld?

While joining Opinionworld seems to be a worthwhile venture, it also has a few downsides. These include:

A number of members report having their account terminated. They claim that they followed the rules however. Whether that is true is hard to say. All you can do is ensure you read the terms and conditions thoroughly before joining.

The website is mobile friendly however there is no available app at this time.

My highest rated survey site has paid to its members over $400 million worth of rewards since it started. Find out how much you can earn with SwagBucks

Is Opinionworld Worth It?

Opinionworld is a legit survey platform, but it’s not without its complaints.

Nonetheless it does has plenty of surveys, particularly if you reside in a country where the company concentrates its marketing efforts.

If you are resident in one of the countries that does get more surveys then I would say it is worth your time, especially as Opinionworld  has quite a low cash out and payments via Paypal.

Unfortunately the only way you will get to know how many surveys you will get is by signing up. But it’s a free platform so there is no harm in doing that.

Star Rating 2.5/5-A legit survey site that is available in numerous countries worldwide. 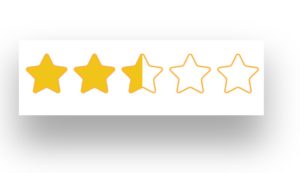 Thanks for checking out my Opinionworld review, I hope you found it to be informative and helps you make a more informed decision about joining the site.

I have written hundreds of reviews of survey sites and other side income platforms here on my website Wealthinflator.com. If you want to take a look at more opportunities then see my latest reviews and posts here.