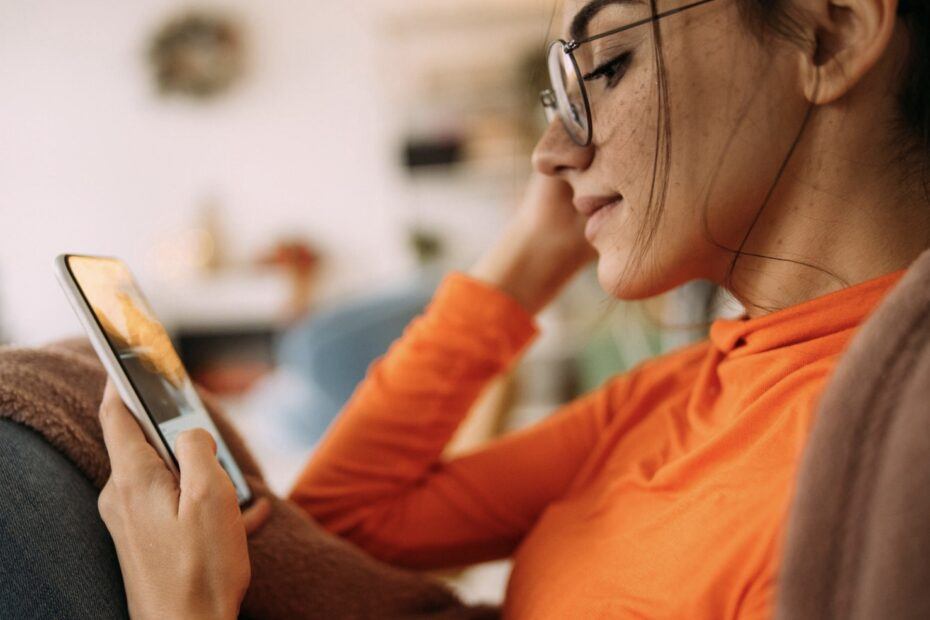 If you like the idea of winning cash prizes online each week by playing video games on your smartphone, then The Octa Glow App could be an app that will interest you.

That’s because it’s designed to do just that, as players can earn tickets to give them a chance to win sweepstake prizes.

The app offers its members the opportunity to play a puzzle game that is similar to Tetris. So if you like match games, then you should enjoy playing it.

However, can you really win cash prizes, or is this app just for fun?

This is what I will be finding out in my review today. To help me I will be discovering what real users of the app are saying about it, and I will be weighing up the likely pros and cons should you decide to join.

First however let’s find out how The Octa Glow App works.

How The Octa Glow App Works

The Octa Glow App was developed by WINR games. They’re a Canadian company and are known for building puzzles that are fun for people of all ages.

They use a Play To Win model. This means that everyone who plays their games has a chance to win cash.

Their sweepstakes incorporate members from all of their apps.

This means that each time you enter a drawing, your ticket will be in the pool along with those of players who are using the same app as you and those who are using other apps which have been built by the company. 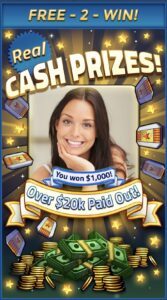 You can play and your kids will have fun playing as well, even though they won’t be qualified to claim prizes.

The prizes are paid out via PayPal and through bank wire transfers, so each prize recipient must be old enough to own their own account.

This developer is also responsible for other fun games such as Big Time Cash, Solitaire and Daring Descent.

All of their games are primarily designed for relaxation and it’s useful to have games like this on your phone if you have to spend time in queues, or have a lengthy bus journey.

However, while you’re having fun you’ll also be able to earn tickets.

These tickets give you a chance to win prizes in their sweepstakes. The money that is used for the sweepstakes and other prizes comes from their advertising revenue.

The Octa Glow App is available on both Google Play and the Apple Store. It’s completely free, so you’ll never have to pay to download it and you won’t be required to make in-app purchases.

Once you’ve downloaded the app to your device, you’ll be required to register and this can be done quickly by using your Facebook or Google account.

The app features a match game that allows you to move bricks to any position in the grid. It’s very similar to Tetris but you’ll be able to win prizes in return for the time that you spend playing.

The app is available worldwide, so if you’re looking for an international money earning opportunity, you can read on to learn more about the app’s pros and cons

How To Earn With The Octa Glow App

You’ll get tickets on the Octa Glow App whenever you play the game. The more you play, is the more tickets that you’ll earn.

You can even earn without playing. As soon as you install the app on your smartphone, you’ll be invited to pick a secret box. This will give you access to your daily bonus.

This is a match game so you’re required to move blocks to any position in the grid in order to match them.

Once you have a complete row or column, you’ll get five tickets. You can also get a bonus of 2,500 tickets if you achieve a score of 50.

Having more tickets gives you a higher chance of winning the cash prize in each draw. A prize draw is held every week and all of the tickets that you’ve earned to that point are placed in the draw. 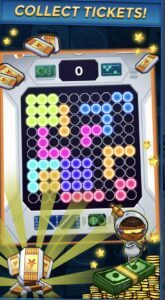 The weekly jackpot is now worth at least $3,800 and it takes place across all the WINR apps. Your tickets will be automatically entered in the draw.

However, you have the option of placing your tickets in the virtual bank instead of using them in the drawing.

If you’re not a big fan of sweepstakes or don’t like them for religious or other reasons, saving your tickets in the virtual bank is a good option.

You’ll be sure that you’ll be able to convert your tickets to cash and have your earnings transferred to PayPal.

The pot usually goes up by $5 each week. This means that it steadily increases, so although more players keep coming into the drawing, the money that’s available for the prize also grows.

The Octa Glow App lets you earn extra tickets by completing offers. They don’t have a full offer wall with a variety of third-party providers. However, they do have offers from Supersonic.

The Octa Glow App also has a referral program in place. You can share your unique referral code on social media platforms. Whenever someone joins the site by using your code, you’ll earn $0.10 plus 2,500 tickets.

It takes a little while to earn enough cash on this app for you to withdraw your money to PayPal.

So if you’re looking for a way to earn enough money to pay your monthly bills this is definitely not it.

All in all, if you’re getting referrals, completing offers and playing the game each day, you could maybe reach payout in three months.

How To Withdraw From The Octa Glow App

You can click Cashout on the Octa Glow App when you have at least $10 in your balance. You’ll just need to have your PayPal details under your account.

Ensure your PayPal details are entered under your account. This should be done after you register and before you are awarded your first ticket.

However, if you win a jackpot you’ll need to provide your bank transfer details and other information.

Jackpot winners are required to provide a photo ID, a smiling selfie and signed documents for the contest sponsor.

Most users find that the app has good graphics and they enjoy playing the game. They like the fact that it works their brain and keeps them sharp.

Some players like the sound effects that are used in the game. They find that they make the game exciting and the sounds aren’t harsh so they don’t produce a chaotic effect, unlike the jarring sounds that are used to transition between levels in some other apps.

They say that the app does pay on time. Several have successfully made withdrawals regularly.

However, the chances of winning the jackpot are not particularly high.

Users who are playing mainly for fun get frustrated because they sometimes get stuck when they reach very high levels and cannot move beyond those levels.

Those who are interested in winning the jackpot monitor it regularly and they report that at times it does not increase every week as it should.

The good news is that only a small percentage of users have given a one star review. Those that have made complaints say they experience technical glitches and lose the tickets they have earned.

Have you tried The Octa Glow App? If you have and you want to share your experience with us please leave a comment in the comments section below.

What Are The Pros Of The Octa Glow App?

What Are The Cons Of The Octa Glow App?

Some Final Thoughts On The Octa Glow App

This Octa Glow App review has explained how the platform works. You’ve learned how members have been making money by using the app.

The app offers its members free use of a fun game, along with draw entries that can win redeemable points.

It is clear that it will take time for you to redeem your points. You are going to need to put the time into this app to get anything out.

Nonetheless you can turn time spent playing video games online into cash. If you already play fairly regularly, you may want to consider switching to playing games on the Octa Glow App to earn a little bit extra.

There’s also a referral program in place which allows you to earn by inviting friends who like to play match games. Since the game is enjoyable, it’s very easy to encourage others to download the game and play in their free time.

You can earn from anywhere in the world and get paid by in Canadian currency or receive the equivalent in your local currency. This app is not difficult to install and there are very few complaints about technical issues.

While your chances of winning the jackpot are not very high, the prize is substantial. For all of these reasons, the Octa Glow App is recommended.

Star Rating 3/5-A legit App that allows you to earn a little bit extra in your spare time, or give you at least a small chance of winning a big cash prize.

Thanks for checking out my review of The Octa Glow App. I hope it gave you good information about what you are likely to expect should you decide to join.

If you liked reading this review and want to check out more reviews and articles about other online earning platforms, you will find all my latest reviews HERE