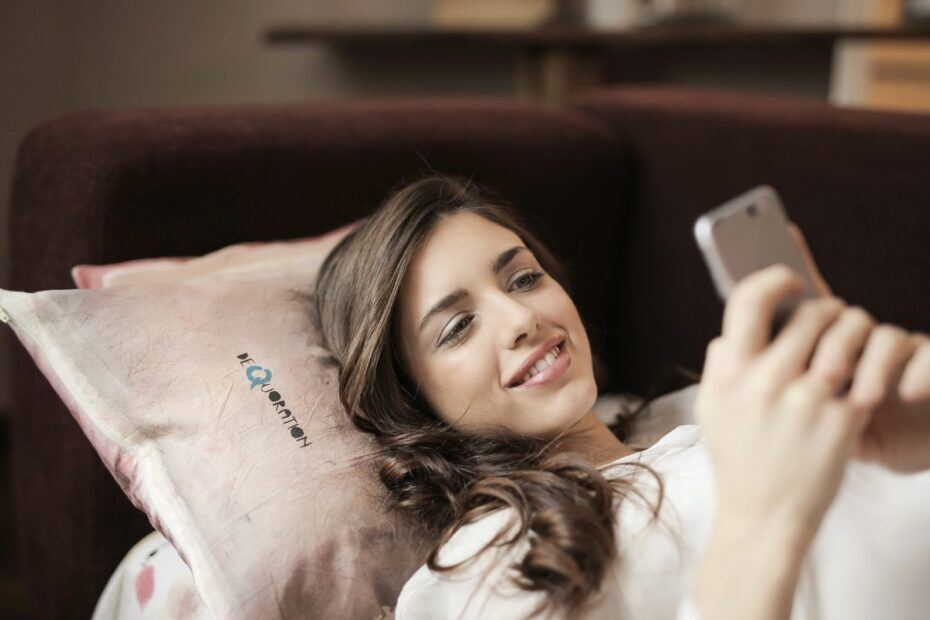 There are numerous websites and apps that claim to offer an easy way for you to earn a few dollars very quickly in your spare time.

The Survey Pop App is no different as it says it provides the quickest way to earn $5. 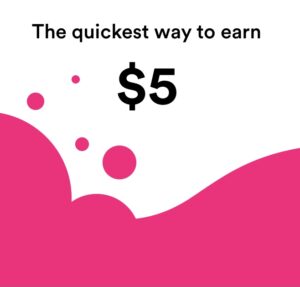 This is helped by the fact that Survey Pop’s  first survey pays $1, and you can cash out once your balance reaches the minimum cash out balance of $5.

However, I will be signing up to The Survey Pop App today so you will have a good idea of what to expect. I will also be discovering what other users of the app are saying about it, and weighing up the likely pros and cons.

Signing Up To The Survey Pop App

You can join The Survey Pop App simply by providing your email address so your account can be verified via a link.

However, the App says you can unlock 3X the earning potential by providing your mobile number and verifying via SMS. They also say you will benefit further by gaining access to priority customer support. 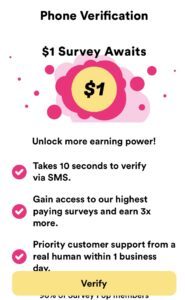 As the screenshot above shows, there is also a $1 survey awaiting when you verify via SMS, so I decided to go ahead and and provide my mobile number.

Provided you sign up using the phone verification, you will get two easy profiling surveys that pay at least a dollar. 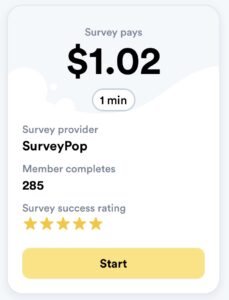 As you can see above, this survey is provided by Survey Pop itself, and it does literally take 1 min to complete.

In this survey I learned that the App pays out $250,000 dollars to its members every month, and the average member earns $5 within 24 hours after joining. 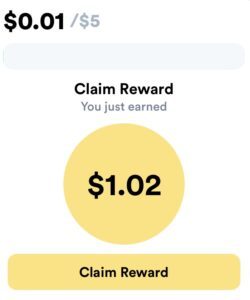 The second profile survey I got was about me. It is a survey that informs the App all about my demographic eg my age/sex/employment status etc. 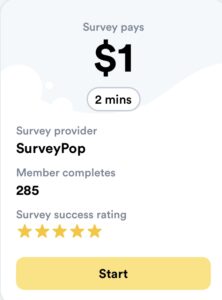 Again this is Survey Pop’s own survey and takes slightly longer to complete. 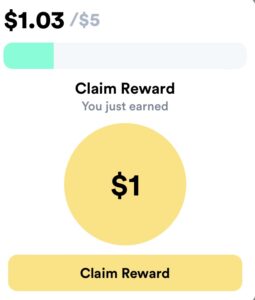 Survey Pop claims that completed profiles mean you will earn 4X more on the app.

After completing this survey I got one more very short survey from Survey Pop that paid me a further $0.20.

After this all the surveys were from third party providers.

It’s at this point where the surveys paid less and where longer too. Also, I found myself not qualifying for many of them either.

However, if you have ever taken online surveys before, then you’ll know that being disqualified from surveys is not unusual regardless of which survey site you use.

What I found good about Survey Pop was that you got disqualified quickly after maybe just one question or perhaps two, rather than after numerous questions like with other websites.

That being said, I did find myself getting kicked out of quite a few. In fact I only qualified for one more survey after completing the profiling surveys despite using the app for a further 20-30 minutes.

I also found that some surveys didn’t load either so I had to abandon them before I had begun.

Nonetheless my balance did look quite healthy considering I’d only signed up 30 or so minutes earlier. I was more that half way toward my first pay out.

Surveys that were now available to me from third party companies paid around $0.40, and were estimated to take around 6-8 minutes.

How Do You Get Paid By Survey Pop?

Survey Pop allows you to get paid via PayPal, bank transfer, and has a wide range of gift card options.

Survey Pop is popular with its users. It has achieved high overall scores on both Google Play and The App Store.

Many users are happy with their experience using the app and have managed to cash out quickly.

Other happy users are pleased that there are always surveys available to them allowing them to reach pay out.

Some members are frustrated by how long it has taken them to get to pay out.

I would love to hear from any of my readers that have used the Survey Pop App and want to share their experience. Please leave a comment in the comments section below.

Is Survey Pop The Quickest Way To earn $5?

I’m not sure about the quickest way, but it should be achievable for most members within 24 provided you commit a few hours of your time.

You will however need to ensure you verify your account via SMS, and complete your profile survey. You also need to ensure you turn on location and notifications so you won’t miss out on alerts about some of SurveyPop’s higher paying surveys.

Survey Pop also suggests that you take surveys on week day afternoons and evenings as apparently this is the best time.

Based on my own experience and those of others, you will need to be patient as there will be numerous surveys that you won’t qualify for many of the surveys you attempt. However, you can move on from this very quickly, and to keep going until you get to the $5 target.

Pros Of The Survey Pop App

Some Final Thoughts On The Survey Pop App

Survey Pop is quite a good app for earning with surveys. I think however there are better survey platforms, but Survey Pop is nonetheless worth checking out.

By using this app you can get a great boost to your balance immediately, and start working toward the $5 cash out.

The surveys aren’t as high paying as they are on some other platforms. However, the profiling surveys are more like starting bonus’s and the cash out is low, so there is plenty of incentive.

Star Rating 3/5-A decent survey app. With some effort it shouldn’t take most people too long to get a $5 reward.

If you are impressed with what The Survey Pop App has to offer, and you want to show your appreciation for this review, you can copy and paste my code DD1I9J when you join to get an instant and simple £1 survey. I will get a small commission from Survey Pop (and not from your survey earnings). 😊