What Is Harris Poll Online?-A Review 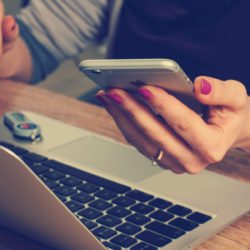 Thanks for joining me today for this review of Harris Poll Online.

I will be finding out all about this reward site to help you decide if it’s worth signing up to.

What Is Harris Poll Online?

Harris Poll Online is a website that rewards you with gift cards for completing surveys.

Harris Poll has actually been around since 1963, but it was in 1997 that Harris Poll Online was developed by Harris Interactive.

The company boasts of over 6 million members from around the world.

You will be awarded points when you complete surveys, 125 points is equivalent to $1 When you have 1250 points or $10 you can claim your reward.

I have marked Harris Poll Online on 3 things that I believe could help you to make a more informed choice.

I am basing this score on the reviews of actual users of the site from around the web. There was quite an equal balance of users that were happy with the site and those that felt they were not treated fairly. Some claimed they weren’t being awarded points they were owed.

Unfortunately it’s difficult to pass judgment on individual cases like this. Others complained of too few surveys being sent to them, although this is pretty much a fact of life with most survey companies.

I always recommend that you join multiple sites to maximise your income if you choose to make this a side income for you.

Some users stated that the surveys were quite interesting which is a big plus as completing surveys can become a very boring task very quickly.

This isn’t a bad score because at $10 the cash out figure isn’t too high.

You will however find other legit survey sites online that either don’t have a minimum cash out amount, or one that is lower than $10.

If you aren’t going to get very many surveys of course, which some of the users seem to be saying in the reviews then the redemption amount can become an issue.

Some users can give up with taking surveys before they reach the redemption amount which of course means that the user has wasted their time and lost money.

3. Length of time in Business

A good score for this as Harris Poll Online is a long established company with a good reputation.

I would score a survey site much lower here if they were only just established because there is a greater risk of you losing your hard earned cash if they were to go out of business before you reached the redemption amount.

How Much Can You Earn With Keep Rewarding? A Review

How Much Can You Earn With The VYPR App? A Review

My verdict is that this company is legit.

Harris Poll Online is legit as it will reward you for completing surveys.

You aren’t employed by Harris Poll Online when you sign up, which means that you aren’t guaranteed minimum wage.

There is no cost to you by joining except for your valuable time.

You will have to invest quite a bit of your time working on sites like this one.

If you have experience of working with Harris Poll Online and would like to share it here please leave a comment below I will be very happy to hear from you.

I am curious about how many surveys you are allowed to complete per day. Do they put any limits on you? And are you required to log in every day? I like filling out some surveys. Do they also ask you personal questions to pair you with certain types of surveys? I have heard of the Harris Poll, but never knew anything about how they got their information.

Hi Sue,
With Harris Poll Online it’s a matter of waiting to receive emails with links to surveys so you don’t really get to choose how many surveys you do. Some members report however that they have received more the longer they have stayed with them. Others however report that the surveys have dried up. A screening survey which asks for details of you demographic will determine if you qualify, if you don’t qualify Harris Poll do reward you small compensation.
It’s recommended you try a few survey sites to maximise your income.
Thank you for your interest Sue I appreciate you dropping by to comment.

Hi dear
Taking surveys is not a bad way to make money. My concern though is how much is the average pay per survey? And also as the pay is gift cards, does that mean the surveys can only be taken by people residing in USA?
Because if I’m not residing there what gifts cards will I get and where do I use them?

Hi there Adyns,
Like all survey sites, the pay is very low. Most surveys you take won’t pay you more than a dollar.
Members can join from USA, Canada, U.K and a number of other European countries.
I think being paid by giftcards only is a drawback to this site as a lot of people prefer to be paid cash.
There is a range of GiftCards so there should be one you like. Cash is still better though.
Thanks for dropping by to read my review and comment I appreciate it.

←Previous post Next post→
We use cookies to ensure that we give you the best experience on our website. If you continue to use this site we will assume that you are happy with it.Ok